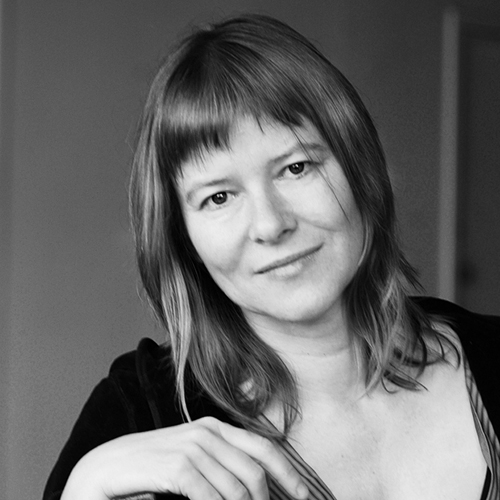 Born in Adelaide, Australia, Lucy Guerin graduated from the Centre for Performing Arts in 1982 before joining the companies of Russell Dumas (Dance Exchange) and Nanette Hassall (Danceworks). She moved to New York in 1989 for seven years where she danced with Tere O’Connor Dance, the Bebe Miller Company and Sara Rudner, and began to produce her first choreographic works. She returned to Australia in 1996 and worked as an independent artist, creating new dance works including Two Lies (1996) Robbery Waitress on Bail (1997), Heavy (1999) and The Ends of Things (2000).

In 2002 she established Lucy Guerin Inc in Melbourne to support the development, creation and touring of new works with a focus on challenging and extending the concepts and practice of contemporary dance. Recent works include Structure and Sadness (2006), Corridor (2008), Untrained (2009), Human Interest Story (2010), Conversation Piece (2012) and Weather (2012).

Guerin has toured her work extensively in Europe, Asia and North America as well as to most of Australia’s major festivals and venues. She has been commissioned by Chunky Move, Dance Works Rotterdam, Ricochet (UK ) and Mikhail Baryshnikov’s White Oak Dance Project (USA), among many others. Her awards include the Sidney Myer Performing Arts Award, a New York Dance and Performance Award (a ‘Bessie’), several Green Room Awards, a Helpmann Award and an Australian Dance Award.