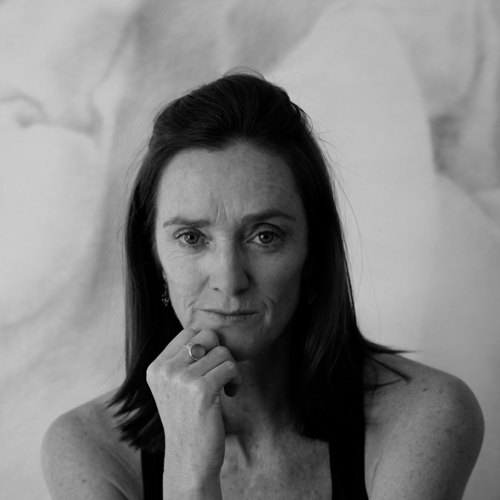 A choreographer, filmmaker and installation artist, Sue is based in Sydney and creates work for Australian and international companies, and as an independent artist.

Sue was awarded the Creative Fellowship (Established Artist) from the Australia Council 2013/14 and was recently made an Honorary Fellow of the Victorian College of the Arts, University of Melbourne.

A founding member of Nanette Hassall’s Danceworks, Sue performed and choreographed with the company from 1983-88. She became Artistic Director of Vis-à-Vis Dance Canberra (1993-96) and Sue Healey Company (1996-present), and has toured throughout USA, United Kingdom and Australasia.

Her award-winning films have screened in over 30 countries and have been broadcast by Australian and European television networks. Virtuosi (her debut feature-length documentary) has screened in New York, Montreal, Amsterdam, Prague, Portugal, London, American Dance Festival and many other international festivals in 2013/14.

Virtuosi won an Australian Dance Award for Outstanding Achievement in Dance on Film 2013 and a Silver ACS Award for cinematography (feature film).

Healey creates choreography and film for a diverse range of companies and contexts. Projects for 2013/14 include: film/visual design for White Cloud for singer Tim Finn; film for Red Shoes, Expressions Dance Company Brisbane; Second Skin, a work for 24 artists with and without disabilities; Double Entendre a commission from The Australia Ensemble, Sydney; Luminocity a large scale site specific for the Faculty of the Built Environment UNSW; The Golds, a new documentary about a company of dancers aged 55-90 years in Canberra. On View will be presented by the Performance Space at Carriageworks, Sydney in July 2015.