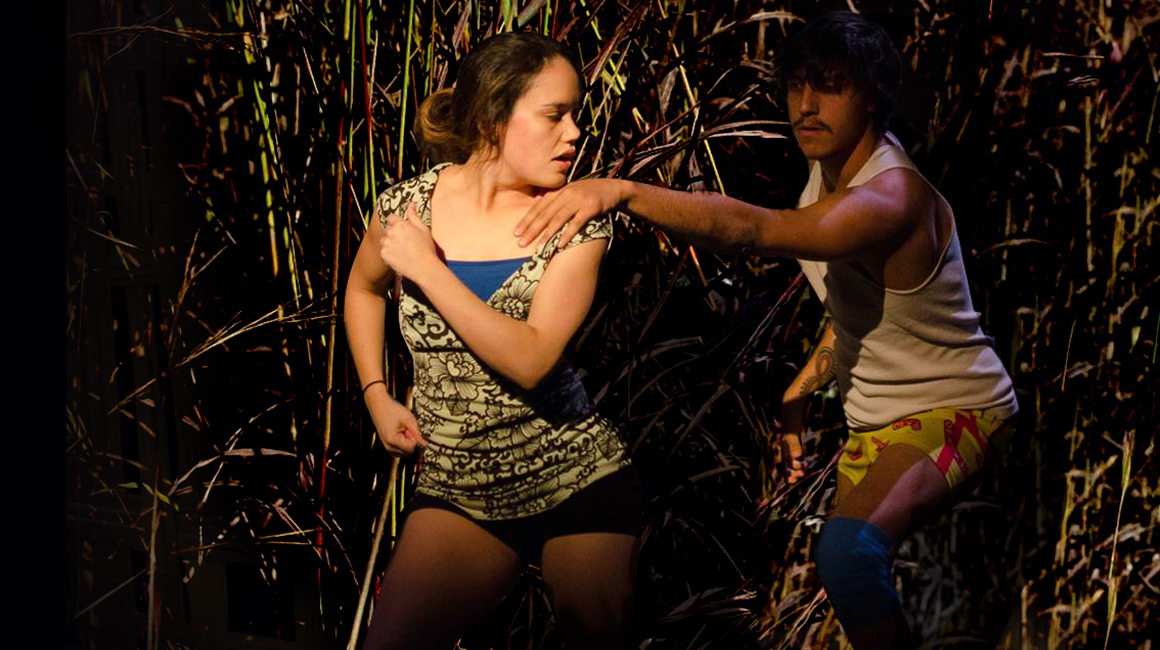 Five people come out from the tall spear grass. He’s feeling no-good sorry way, he says. She bin look after him, but really wants a holiday. He’s runaway from payback, waiting for mob to forget. And she bin on the grog, always ‘luring ‘luring, causing trouble.

To live ‘long grass’ is to live on the fringe, yet right in the middle of the city – the Northern Territory term for Aboriginal people perceived as being homeless. Can honour, courage, solidarity and belonging exist outside a formal postcode and the trappings of stable housing?

“If you only see one show this Dance Massive, make it Long Grass”[Melbourne. Arts. Fashion] Long Grass Review

[The Age] Long Grass: inside the lives of a fringe-dwelling community

Tonight’s (11th March) performance of Long Grass has been cancelled due to dancer Injury.