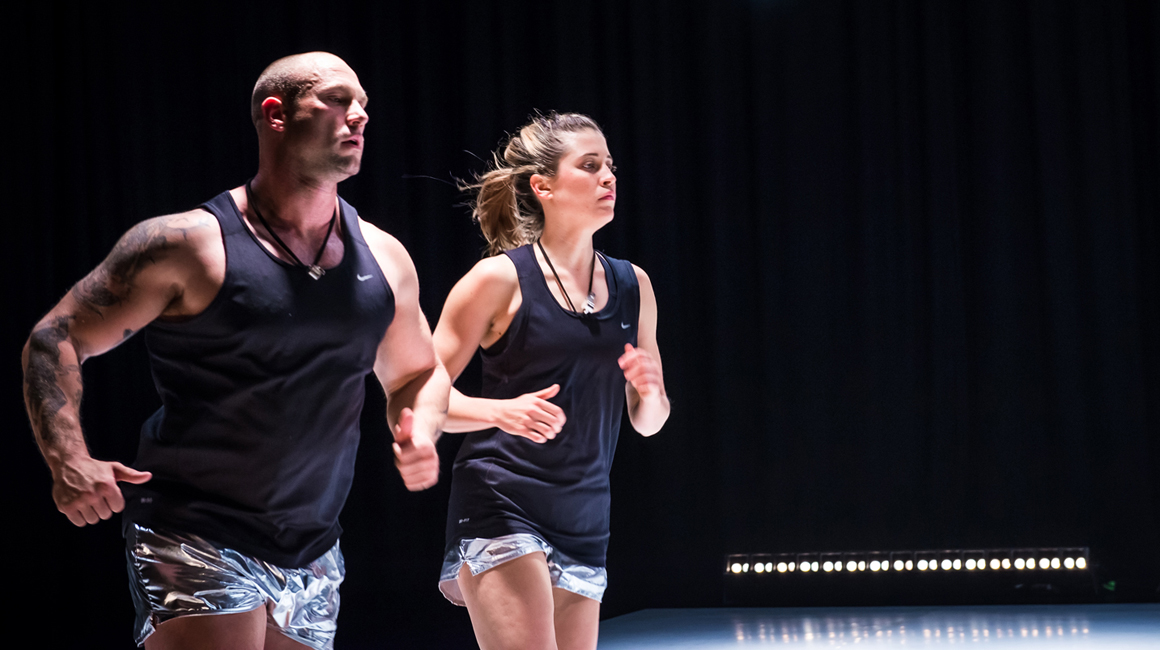 When a dancer teams up with a bodybuilder, expect a show with real muscle – literally. Maximum is a duet between a female contemporary dancer and a male professional bodybuilder, in which the unlikely duo performs a series of movement tasks and intense acts of physical endurance.

Maximum reveals subtle truths about the nature of human physicality, as dance and bodybuilding collide under sweltering lighting with a throbbing soundtrack. This is a work of extremes and contrasts: big and small, heavy and light, hard and soft; all unravelling to highlight the ability of two different bodies to achieve unity through performance…and a lot of sweat.

Not wheelchair accessible. Please contact
the venue for further information