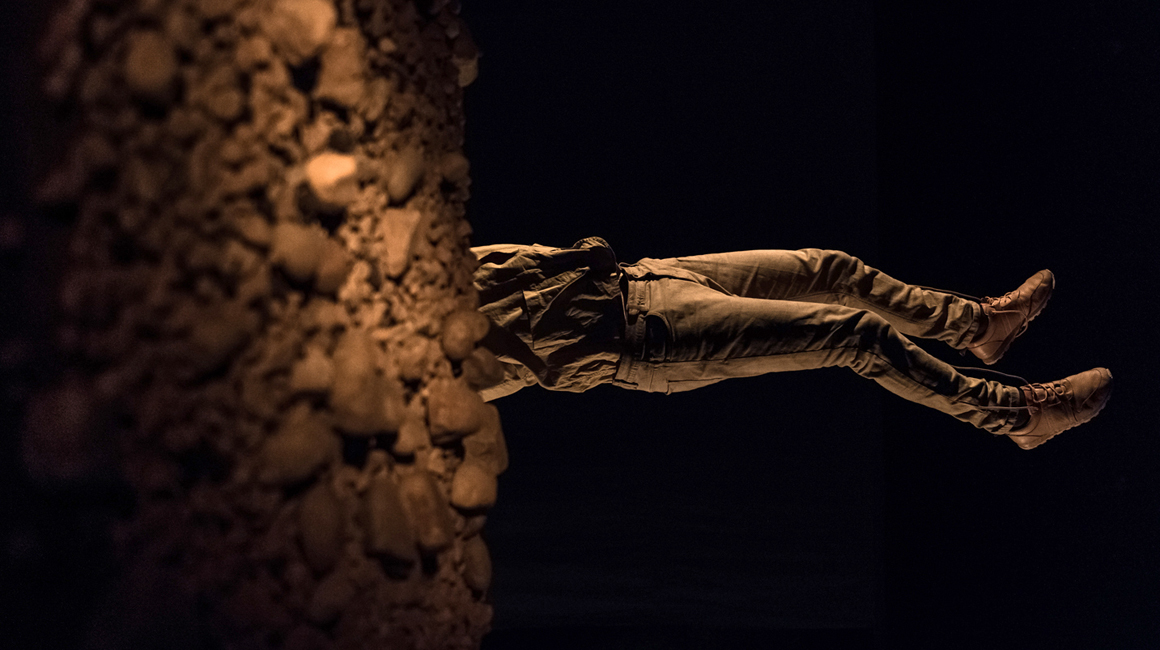 Stampede the Stampede is a nolo (not a solo), performed by Tim Darbyshire within a turbulent yet controlling choreographic apparatus.

It is a nolo in the sense that the work attempts
to expand choreography by means of machinery, object, lighting and sound configurations, created in collaboration with
the core artistic team.

★★★★  [The Age] Stampede the Stampede review: Dancer Tim Darbyshire does battle with machines